Randy Cassingham produces three of my favorite things on the internet: a newsletter, This is True; a podcast, Uncommon Sense; and a meme email list, Randy's Random.  All three are very thought provoking.  Do not check them out if you are easily offended or simply don't like thinking.

I've been signed up for Randy's newsletter for longer than I can remember.  It was back while I was working in Fort Nelson, BC at Northern Lights College. It was called "This Just In" then and I probably found it using Archie, Veronica or Jughead.  (Not the comic book characters you young pups, the internet's prehistoric Googles without all the gathering of personal data.)  Randy best describes his newsletter,


This is True is a weekly email newsletter with several short bizarre-but-true news items from legitimate news outlets from around the world. Each story ends with a comment — a tagline which is humorous, ironic, or opinionated (or with luck, some combination of the three). True is non-partisan.

What he leaves out is the best the best part, the  Honorary Unsubscribe that normally ends each newsletter.  In it he honours the pasting of someone who has had an amazing life, often touching many, but have lived and died unnoticed by most of the media.

This is True comes in two versions: paid and free.  The paid version has more stories, a monthly contest where the readers try their hand at writing a tagline, and no advertising.  Both are great but I am a paid subscriber because I don't want to miss a single story.  If you're not sure give the free version a spin.


Uncommon Sense: True’s Podcast
Randy's podcasts started in 2017 and has gone through several format changes.  The current format is 15-20 minutes long and focuses on how people can or have (or haven't) thought before acting.  Like This is True, makes you think while being entertaining.  Frequently the topic comes from one of the stories in the newsletter but not always.

Lastly is Randy's Random which is a daily email link to a meme. (For those of you like me who wondered what a "meme" is, it a picture with words.)  His memes can be thought provoking, entertaining, and often both, as advertised.  You can see the lastest HERE but below are some of my favorites: 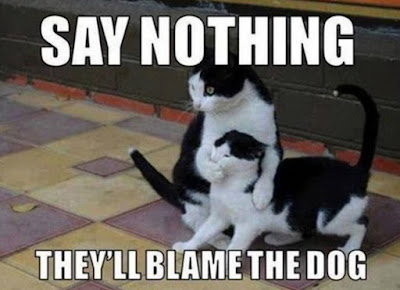 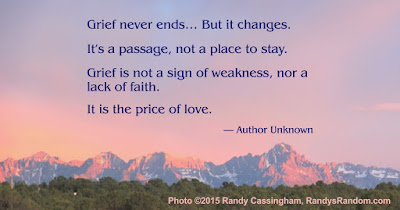 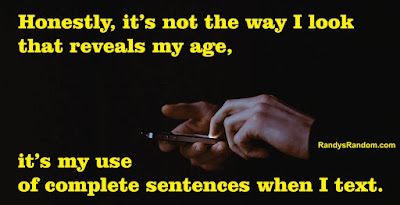 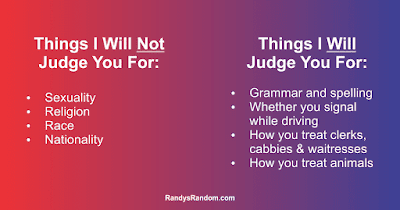 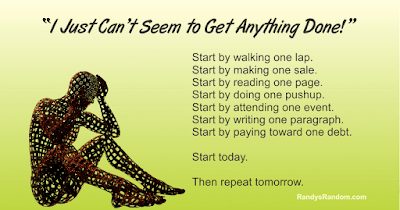 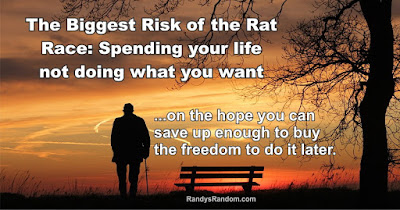 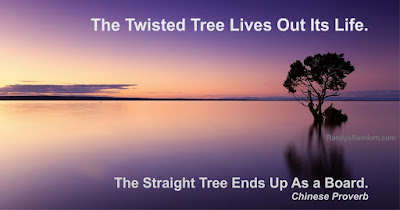 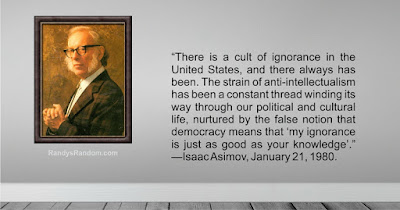 Like I said Randy rules.  If you enjoy thinking, these three are for you.  Buy the way, ;-)  Randy also sells stuff including the famous (or infamous) Get Out of Hell Free Cards.  Occasionally Randy offers personalized GOoHF cards to paid subscribers.  I've used mine to great effect at Northern Lights College and Saskatchewan Polytechnic.  I gave them out to my students and they could use them to turn in a late paper, skip a quiz, etc.  I found that I had fewer missed quizzes, late papers, etc.  The students repeatedly told me that the GOoHF cards gave them a feeling of control and respect.  Several went on to use them with their students.  When challenged that they were unprofessional, I just pulled out my student evaluations, and later two very positive research papers based on giving students control of even a small part of the course.  Now I use them to cheer up overworked clerks, frazzled moms, etc.  Here have one on me: 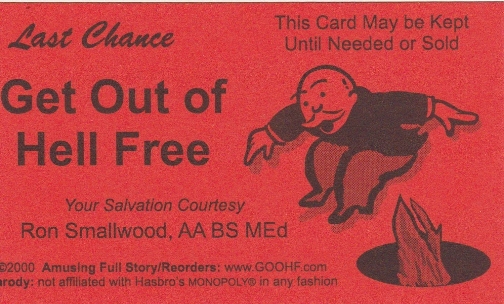 Other Blogs by Ron Smallwood

Ron Smallwood in Canada
Just my home page for daily use.
Old Moose Dances with Lady Wisdom
My thoughts about the Holy Spirit as personified as Lady Wisdom from the Old Testament.
Thoughts of an Old Moose
My reflections on my life as a teacher.

Ron
My last teaching position was as a facilitator in the Instructional and Leadership Development Centre at Saskatchewan Polytechnic where my job was to facilitate instructors and departments on educational issues in general and education technology in particular. It capped a 40+ year career that ranged from one room schools to colleges; kindergarten to university level; and special education to regular classes to leadership positions. I retired in June 2016. "Old Moose?", you ask. I'm old and as big as a moose. I also wanted a personal persona separate from my professional persona of Ron Smallwood, A.A., B.S., M.Ed., F.C.P.